QG is a business to business organisation, but we are often asked by business people about their own personal data and the set up of their personal as well as business devices and what risks they face. So in this blog post I am concentrating on you, as an individual about the risks as well as some of the latest news affecting businesses.

We are a business support organisation focusing on the SME market but not exclusively so. A significant part of our business is the Management of a Government Programme called Cyber Essentials and QG are 1 of only 5 organisations in the UK that have Accreditation Body status.

In this post I will cover a couple of stories that concern other people who get access to you through your computer or other devices.

Sextortion is usually carried out by email following a breach in someone else’s website. It may or may not include your real password either way it’s pretty scary.

In 2014 Linkedin was compromised and millions of email addresses and passwords were stolen. Over the years this information was sold on the dark web and now it has worked its way into the hands of the low level cyber criminal. You can check to see if your email has been compromised (not just the linkedin one) by going to https://haveibeenpwned.com

The way it works is that the ‘hacker’ sends an email to your email account. In the email the sender claims they have hacked your webcam and filmed you visiting adult websites, they say they’ll release this recording to all of your social media contacts unless you pay a ransom. In the email they include your email address and your PASSWORD.

This so obviously is a scam but it’s the inclusion of your password that has made $500,000 for the scammers. So how did they do it? Quite simply we need just to go back to the Linkedin breach, these scammers simply pick up a list of email addresses and passwords and mail merge the email to you. They also match your email with lots of other websites to see if your password works on them, so never use the same password twice!

BBC Trending reporter Jo Whalley received one of the emails and has created a great 2 minute video to show how it works.

Are you being spied on by your own security camera? 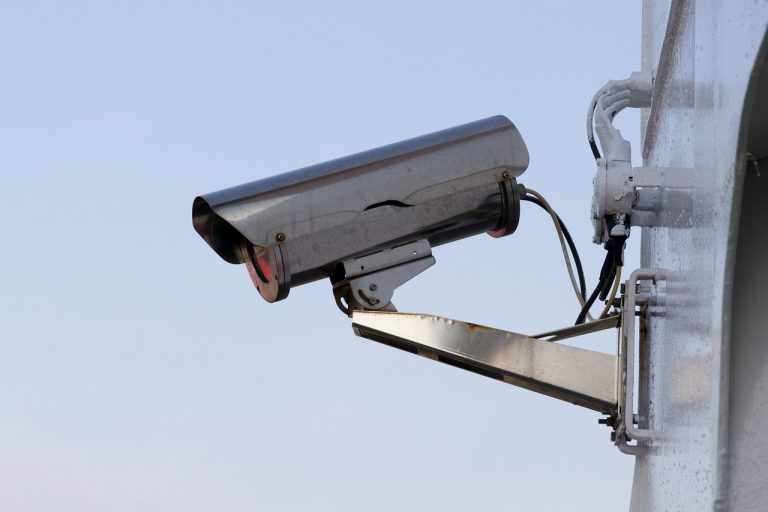 The next example is of a nest security camera, nest being the operating system that controls many central heating system in the UK.

If it was late at night and you were out in your back garden, and you heard an unknown voice coming from inside your house – how would you feel? My guess is that you would feel pretty spooked, especially if you knew there was no-one in your house.

Well, just a few weeks ago that’s what happened to estate agent Andy Gregg. And his initial thought was that he had an intruder in his home. Well, the truth was that he did have a type of intruder – but not one who had physically entered his home. You see the person who had broken their way into Gregg’s home was a Canadian hacker – whose voice was being broadcast through a Nest security camera.

The intruder, who claimed to be part of a group calling itself the “Anonymous Calgary Mindhive”, said it hadn’t been hard for him to hijack control of Gregg’s security camera and claimed his intention wasn’t to spy, steal, or instil fear. He claimed he didn’t have any malicious intent, but was there to let Gregg know so that no one else with intent to steal would follow. There are so many malicious things somebody could do with this.

Gregg had made the mistake of using the same password to “secure” his IoT camera as he had used in online accounts. Like so many others, Gregg hadn’t recognised the danger of reusing login credentials and when a breach occurred at an online site, his login and password were leaked into the public domain. And whereas many maliciously-minded hackers might have used the details to break into Gregg’s email account, seize control of his Facebook profile, or order goods on Amazon, this particular intruder used the details to log into Gregg’s camera instead.

Gregg’s camera would most likely not have been compromised if he had taken the sensible step of using a unique, hard-to-crack password or had enabled two-factor authentication on his Nest app. For years security experts have advocated that users should enable two-factor authentication on their online accounts, and that advice is just as wise for IoT devices. With an additional level of authentication in place, it should be much harder for hackers to gain access to your internet-enabled devices – even if they have managed to gain access to your password.

Smart devices and IoT gadgets appeal to the geek in all of us, and can make our lives run more smoothly – but we all need to be careful to follow best practices to ensure that they don’t bring unwelcome visitors into our homes.

What else can you do to protect your data?

Tune in again soon for my next blog with more data security advice about who should have access to your devices, malware protection and software updates.

We would love to hear from you if there is anything you are unsure about or if you would like to know more.
Call us on 01228 631681 or send us an email and we will be happy to help.

Send us an Email
Menu
We have placed cookies on your computer to help make this website serve you better, however you can change your cookie settings at any time. Otherwise, we'll assume you're OK to continue. Find out more.